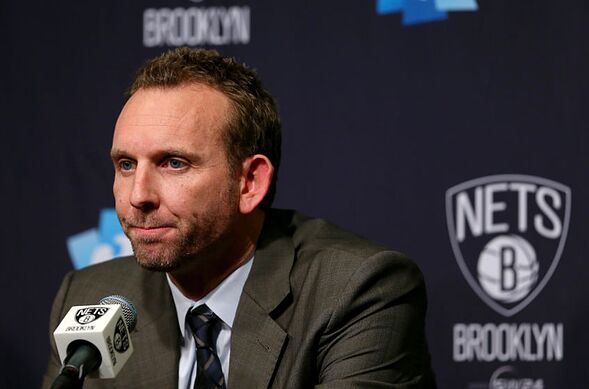 NEW YORK, NY – FEBRUARY 19: Newly hired Brooklyn Nets General Manager Sean Marks answers questions during a press conference before the game between the Brooklyn Nets and the New York Knicks at Barclays Center on February 19, 2016 in the Brooklyn borough of New York City. NOTE TO USER: User expressly acknowledges and agrees that, by downloading and or using this photograph, User is consenting to the terms and conditions of the Getty Images License Agreement. (Photo by Elsa/Getty Images)

The Brooklyn Nets are to be one of the most interesting teams this season, even more so if they are able to land Jimmy Butler over the new few days – but we won’t touch that topic until it actually comes to fruition.

Apart from landing one of the best 15 players in the NBA, there are certainly other storylines that will drive the season for the Nets too.

For example, even though we haven’t really seen it in the standings much, the Nets are getting better every day under new management. They are in a better financial situation than many other teams, and have all their first-round picks back for the next six years.

They also have a few nice young pieces on their roster that could eventually develop into something serviceable. They have a ton of money heading into free agency next summer, and could quickly become one of the most underrated free agent destinations in the NBA.

But before all that fun stuff, here are the three biggest storylines that will dominate the 2018-19 season for the Brooklyn Nets.