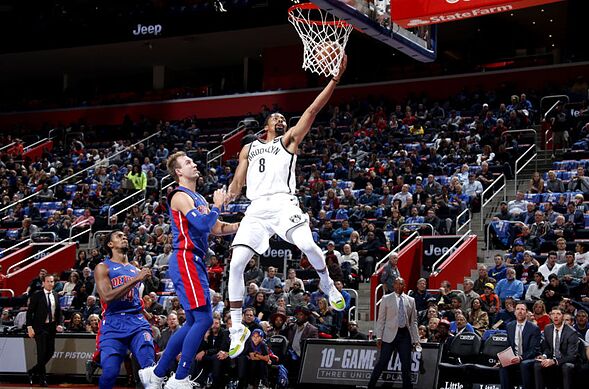 Brooklyn Nets basketball is back! After an eventful summer, they’re finally playing meaningful basketball again. Here’s what was most prevalent on opening night for the 2018-19 season.

Six months. One hundred and eighty-nine days. Roughly 4,536 hours. It’s been too long, Brooklyn Nets fans. An entire offseason of better-than-you-think transactions could not supplement the lack of actual basketball that transpired.

And boy, was it missed. The Nets played the truest form of recent Brooklyn basketball tonight: hot start, close loss. The same issues that plagued the team last season are still somewhat prevalent, although less so now.

Spacing was only theoretical on this night; the Nets converted merely 18.5 percent of their 3-point attempts. Doubly damning was their 68.2 percent free throw efficiency. Every point felt like a grind, which played right into Detroit Pistons coach Dwayne Casey’s hands.

By slowing the game down, Casey was able to run his offense through his two star big men, Andre Drummond and Blake Griffin. They punished Brooklyn in the post, despite Jarrett Allen‘s four blocks. Trying to put Jared Dudley on Griffin was a fool’s errand, as the power forward muscled his way back to 1995 with 26 points, eight rebounds and six assists.

The lack of offensive rhythm halted Brooklyn’s mojo from the opening tip, which may be a harbinger for future offensive performances. Teams built around traditional big men may actually be the modern-style Nets’ kryptonite. The irony was painful, but the glimpses of success were enticing.