3 things to watch at post-trade Minnesota 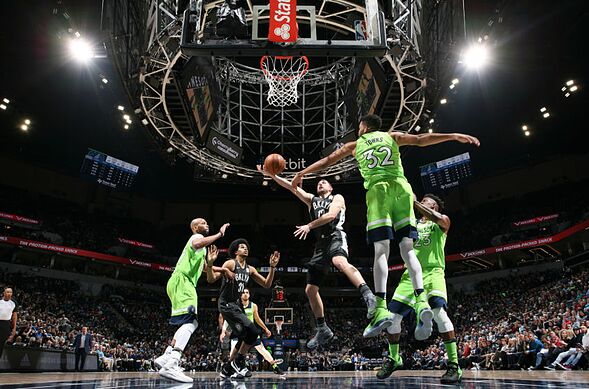 The Brooklyn Nets wrap up their Western swing Monday night in Minneapolis against a Minnesota Timberwolves team that just made a blockbuster deal.

The Brooklyn Nets will look vastly different Monday night from the last time they faced the Minnesota Timberwolves at Target Center in Minneapolis.

The Timberwolves? They will look vastly different Monday night from the last time they took the floor Friday night at Sacramento.

Minnesota (4-9) finally pulled the trigger on a trade of disgruntled star Jimmy Butler, agreeing Saturday to a deal with the Philadelphia 76ers that will send Butler and Justin Patton to Philly in exchange for Robert Covington, Dario Saric, Jerryd Bayless and a 2022 second-round pick.

Things came to a head after a 121-110 loss to the Kings Friday night. Butler complained about team president/head coach Tom Thibodeau after Butler logged 41 minutes in a lopsided loss.

The trade, which can’t be completed until Monday at the earliest, comes six weeks after Butler dropped a bombshell request for a trade on the eve of Minnesota opening training camp in September.

Brooklyn (6-7) is looking to close out this road trip with three wins in four games. After opening the swing with wins over the Phoenix Suns and Denver Nuggets, the Nets took a 116-100 loss to the Golden State Warriors on Saturday night.

In that game, guard Caris LeVert left in the third quarter after falling to the floor on his left knee and did not return. Both LeVert and coach Kenny Atkinson expect Brooklyn’s leading scorer to be available Monday night.

The teams split their season series last year, with each team winning at home.

Here are three things to watch as the Nets take on the Timberwolves in an 8 p.m. Eastern start from Target Center.