3 things to watch in annual visit to Denver 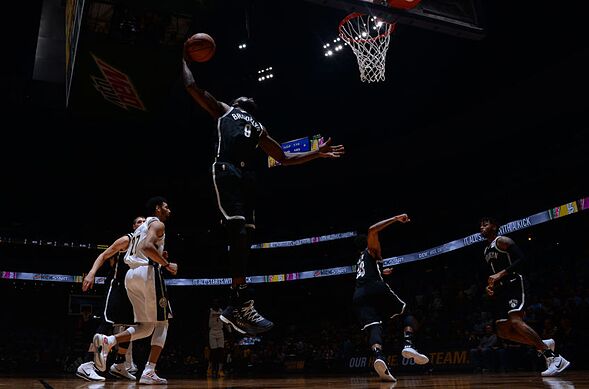 The Brooklyn Nets carry a 2-game winning streak and some serious defensive momentum into Friday’s matchup with the Denver Nuggets at Pepsi Center.

The Brooklyn Nets have played stifling defense in their last two games and head to Pepsi Center in Denver Friday night to face a Denver Nuggets team that is sputtering just a bit at the offensive end.

In winning their last two games, the Nets (5-6) have allowed just 89.5 points per game and forced 24 turnovers per contest, resulting in a pair of blowout victories.

The Nuggets (9-2) are 6-0 at home thus far this season, but had a five-game winning streak stopped Wednesday when they lost on the road to the Memphis Grizzlies, 89-87, setting a season low for scoring in the process.

Brooklyn will likely be getting a key member of its rotation back Friday night, as well, as DeMarre Carroll is likely to be in uniform and begin the process of working his way back after missing the first 11 games of the season following arthroscopic surgery on his right ankle, per Brian Lewis of the New York Post.

Carroll is itching to go.

“I’m very excited, a great opportunity. Just sitting there and knowing that I could help my teammates in some of those games, so I’m excited to get back out there and hopefully help this group improve move.

“We’ve got a nice rhythm going, so hopefully I can come in and help elevate it a little bit.”

He’s another versatile defender who can also stretch the floor and he’s a veteran with experience on teams that have enjoyed great regular season success.

Carroll’s likely return leaves only Treveon Graham, another versatile wing defender, as the last Net on the injury report. He’s still out with a strained left hamstring.

Brooklyn will be looking to end a two-game losing streak in Denver, having won three straight trips prior to those two defeats.

Here are three things to watch as the Nets battle the Nuggets in a 9 p.m. Eastern tip.