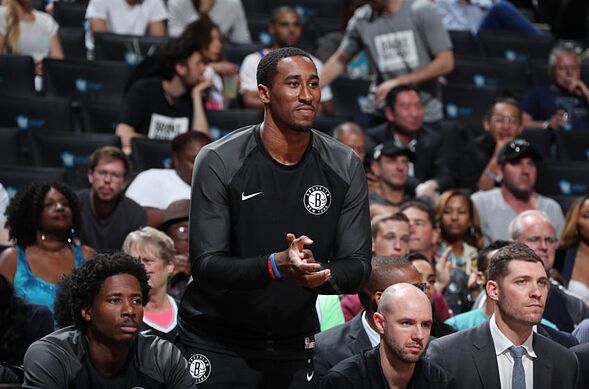 As a fun yet exercise, it’s time to make some arbitrary predictions about the upcoming 2018-19 season for the Brooklyn Nets.

Predictions are a delicate entity. A large majority of them end up being wrong by the end of the year, but they’re a worthwhile exercise to exhibit where those around a team think the team is headed. In the case of the Brooklyn Nets, the arrow is pointing directly up.

Last season was full of silver linings, which required fans and analysts to look more at the individual accolades than the team’s overall body of work. They lost nearly two-thirds of their games in 2017-18, and the only teams with inferior records were the ones losing on purpose.

But through these losses, several players showed significant improvement. Rondae Hollis-Jefferson made the third-year leap everyone was hoping for, Spencer Dinwiddie put the team on his back during D’Angelo Russell‘s injury-plagued season, Joe Harris turned from a sniper into a slasher, and even Caris LeVert exhibited flashes of just how good he can be at, well, everything. The little things became big takeaways as the Nets entered the summer.

As a result, general manager Sean Marks made an emphasis to not glut the roster for improved draft position. Instead, he focused on maintaining financial flexibility while also staying competitive. By not making any huge splashes, Marks also laid the groundwork for an even better developmental environment than last season.

The under-the-radar additions of Shabazz Napier, Ed Davis, Treveon Graham and Kenneth Faried, to name a few, will help the youngsters grow into professionals. Ditto for existing veteran DeMarre Carroll. There is youth, experience and competency across every spot on the positional spectrum. That hasn’t been the case in Brooklyn for quite some time.

As a result of this healthy environment, the silver linings could turn gold very quickly. Without further ado, here are five predictions of those silver linings turning gold.