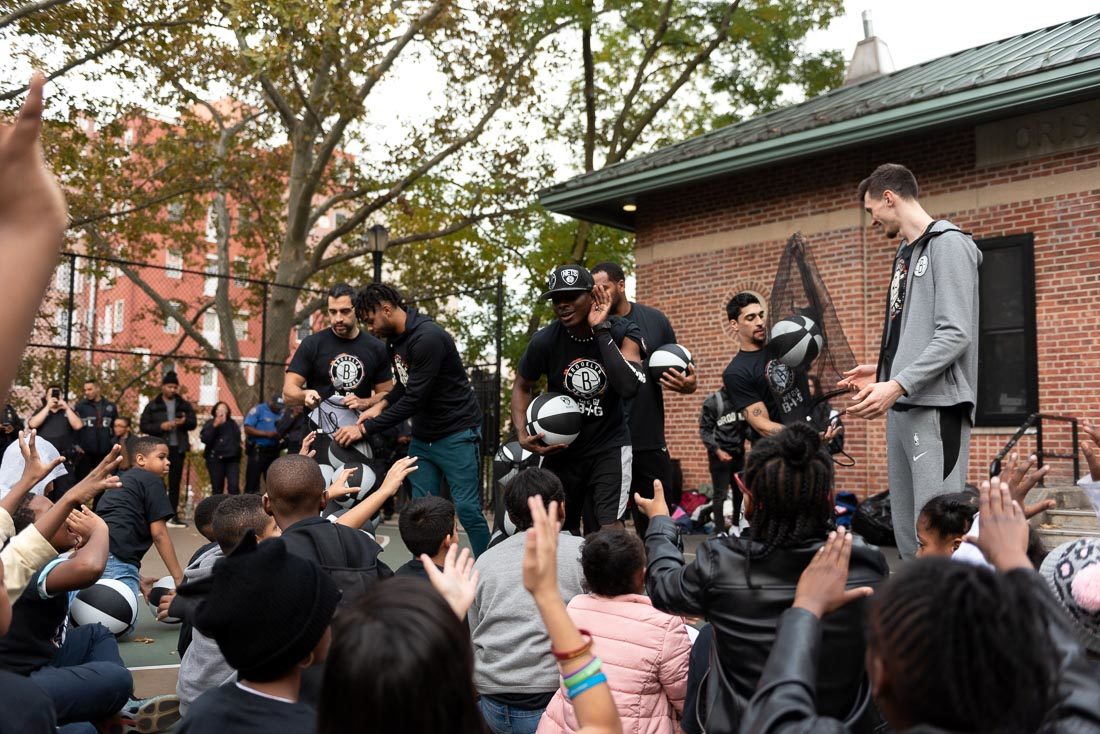 In the late afternoon, Nets players D’Angelo Russell and Rodions Kurucs showed up to give away free basketballs and t-shirts to local kids celebrating their new team jerseys, the Nike City Editions, inspired by late rapper Notorious B.I.G., featuring a color-pattern similar to the Australian sweaters he made iconic… 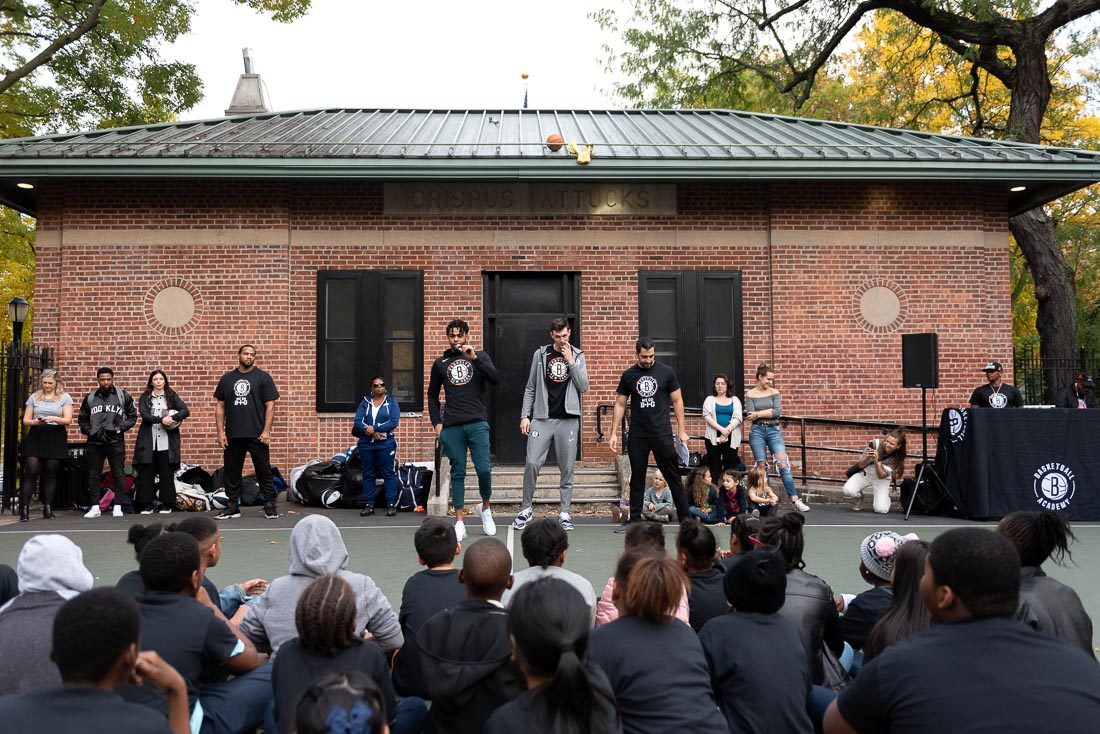 Bklyner reporting is supported by our subscribers and:

More important than the brand-boosting, though, was the local outreach, as the players took time to run drills with local kids and encourage their participation in sports. Team Hype, the breakdance team that performs at Nets games were on hand as well—doing backflips and aerial tricks that might’ve captivated the young audience even more than the pro basketball players…

The Christopher “Biggie” Wallace courts were named last year in a ceremony hosted by local Councilmember Robert Cornegy, who remembered playing ball there in his youth. Though there was some opposition to naming the courts after a rapper that spoke openly about drug dealing and violence, supporters have chosen to focus on the musician’s drive to succeed in the rap business and escape his troubled past—going from negative to positive, as he once rapped.

“We started with a divided community around the issue and watched the community quickly galvanize around the idea that young people need to have someone that they can look to, to show that there’s a way out of whatever circumstance they’re in, and Big did that for many of us,” said Cornegy last year. 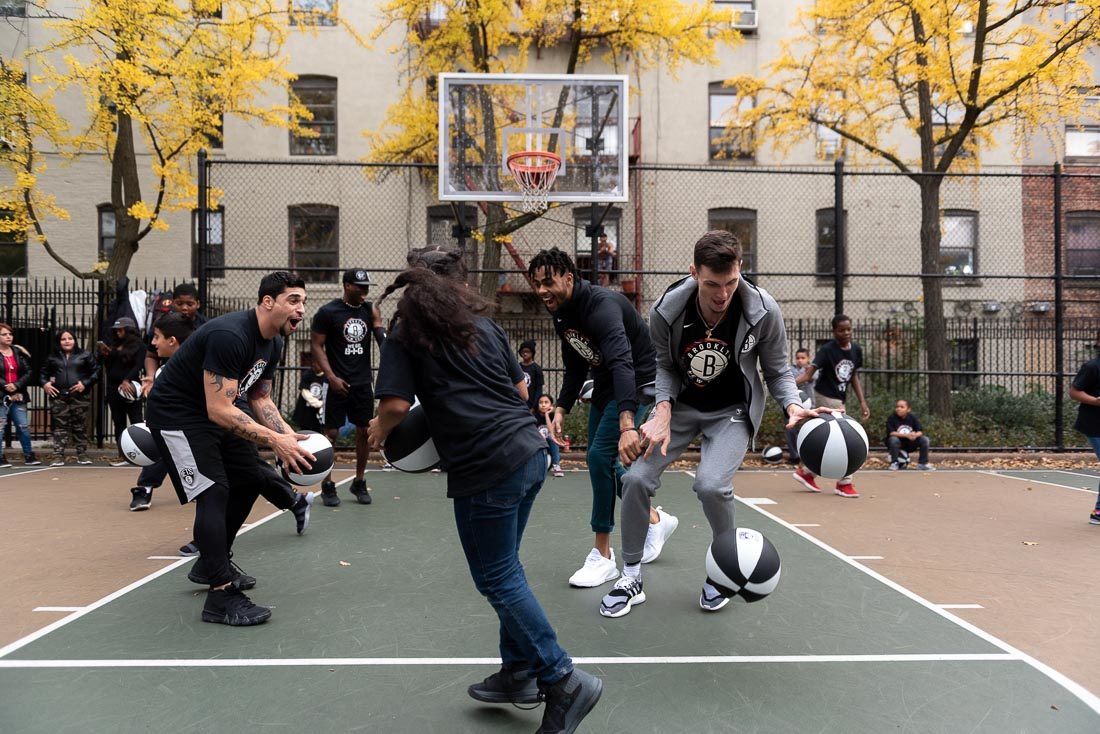 Later this month, the local Community Board 2 will meet and discuss the naming of a street in Clinton Hill after “Biggie Smalls” as well. Again, the lyrical content of his lyrics is a sticking point for some community members.

But yesterday, parents and police on hand didn’t seem to mind, watching from the sidelines as one of the Nets’ trainers put the young kinds through their paces, running dribbling games and lay-up lines in the fall evening.

In the background, a DJ spun a soundtrack that focused heavily on Biggie’s music, and as the pro basketballers bent down to 10-year-old height to help demonstrate ball-handling and encourage their young fans, you could hear it play in the background:

This story is free to read thanks to the generous support from readers like you. To support independent local journalism and keep local news free, become a member!

Kenny Atkinson didn’t waver from the plan
Nets send Rodions Kurucs to Long Island, then bring him back