Nets will turn a page 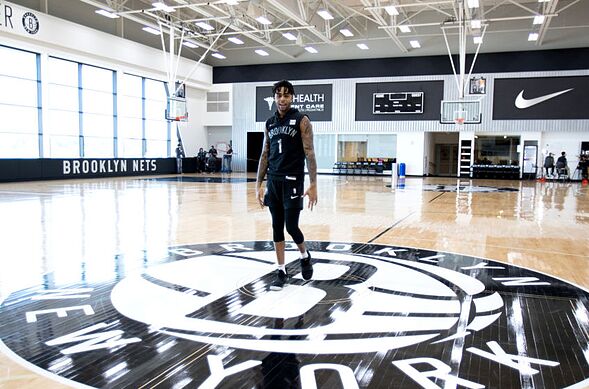 The Brooklyn Nets will turn the page to a new chapter as they head into the 2018-19 season.

With a plethora of cap space next summer, this season will give several key players with the Brooklyn Nets a chance to prove that they belong in general manager Sean Marks‘ future plans.

Marks will look for Brooklyn’s young core to make a noticeable improvement as they push for a playoff spot.

Once again, Sean Marks made a handful of moves to set Brooklyn up for the future. The most important of which was undoubtedly the Timofey Mozgov trade. Marks traded Mozgov and two second-round picks to the Hornets for Dwight Howard, who was later bought out.

This trade was a colossal win for the Nets as they shed the remaining two years and $37 million on Mozgov’s contract, opening up nearly $70 million in cap space for next offseason.

Brooklyn drafted Dzanan Musa and Rodions Kurucs with the 29th and 40th picks in the draft. Musa is a crafty ball-handler with a smooth shot and great size (6-foot-9). The Bosnian will likely play shooting guard or small forward for the Nets.

Kurucs is an adequate 3-point shooter who could eventually develop into a stretch 4 in Kenny Atkinson’s pace-and-space offense. Musa, 19, and Kurucs, 20, are both extremely raw and will likely spend some time in the G League this season.

In free agency, Marks re-signed sharpshooter Joe Harris to a two-year, $16 million deal. Harris, a.k.a. “Joey Buckets,” has become a fan favorite in Brooklyn following a breakout season in which he averaged 10.8 points per game on 41.9% shooting from 3.

Davis was among the best backup centers in the league last year with the Portland Trail Blazers. The eight-year NBA veteran was a locker-room favorite in Portland and could serve as a mentor to Jarrett Allen. Napier quietly had the best season of his career last year alongside Davis.

The 27-year-old averaged 8.7 points on 37.6% shooting from 3 coming off the bench. The former Final Four Most Outstanding Player shoots well in the mid-range off the pick-and-roll and has shown ability to finish at the rim.

Napier will contribute solid minutes off the bench as a third option to D’Angelo Russell and Spencer Dinwiddie.

With no desire to overpay for any big-name free agents, Marks wisely took on Kenneth Faried’s the one year and $13.8 million remaining from the Denver Nuggets, receiving a 2019 first-round pick and a 2020 second-round pick in return.

The trade was a no-brainer as the Nets got a first-round pick without jeopardizing their cap flexibility for next offseason.

Brooklyn brought in several players who could have a very positive impact this season. While these signings could prove to be solid moves in the short term, clearing cap space and acquiring a first-round pick from Denver were the real wins this offseason.