Player grades from a tough night for the D in Dallas 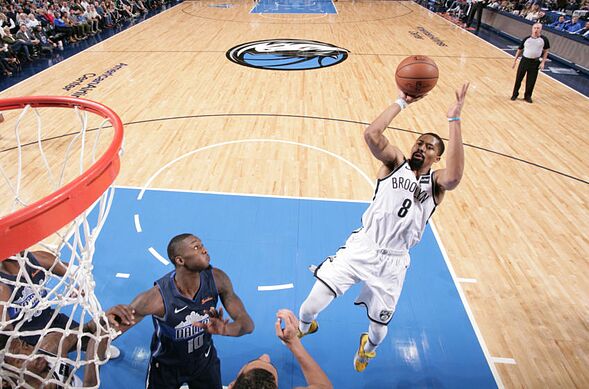 The Brooklyn Nets fell Wednesday night to the Dallas Mavericks 119-113 in a game where the defense struggled to stop Harrison Barnes and high ball screens.

The Brooklyn Nets struggled to adjust Wednesday night to a couple of things the Dallas Mavericks did offensively and it cost them in a 119-113 loss on Thanksgiving Eve.

The Mavericks (8-9) picked up their fifth win in six games behind 28 points from Harrison Barnes, who was feeling it from 3-point range with a 5-for-8 night, and 18 points from backup guard J.J. Barea, who abused the Nets defense off a basic high pick-and-roll from the elbow.

Brooklyn (8-11) followed the scouting report early against Barnes, working under screens set above the break for the seven-year veteran, who entered the game shooting just 32 percent from 3-point range.

But after he made his first couple of attempts and gained confidence, the Nets never adjusted to start working over those screens and instead gave Barnes the space he needed to stop and fire from the deep wing most of the game, finishing with a season-high scoring output in the process.

Similarly, Barea was working over screens from his big man set for him at the elbow and his defender consistently worked over those screens. Barea put the defender on his hip and worked to the opposite elbow for easy stop-and-pop jumpers.

Not only was Barea’s defender getting caught above the screen while Barea penetrated, but the roll man’s defender as well as the weak side wing were consistently slow to come help.

As with Barnes, that was an adjustment the Nets never really made and it cost them.

The Nets did get 20 points off 13 Dallas turnover, while the Mavericks converted 14 Brooklyn miscues into only 11 points. The Nets won the battle of the paint 50-38 and in second-chance points 17-15, but the Mavericks had a slim 17-16 edge on the fast break.

Kenneth Faried and Rodions Kurucs were again DNP-CDs for Brooklyn, the fourth in a row for Faried and his 12th in 18 games (he was did not dress due to an illness Oct. 26 in New Orleans).

For Kurucs, the promising second-round pick who seems to make things happen every time he actually gets a chance to play, this was his third straight game glued to the bench and his seventh in 11 games since returning Nov. 2 from a five-game absence with a sprained left ankle.

The inactives were the same as Tuesday in Miami: Treveon Graham and Caris LeVert with injuries, rookie Dzanan Musa on assignment with the Long Island Nets of the NBA G League and two-way contract players Alan Williams and Theo Pinson also currently with Long Island.

Here are the player grades from Wednesday.