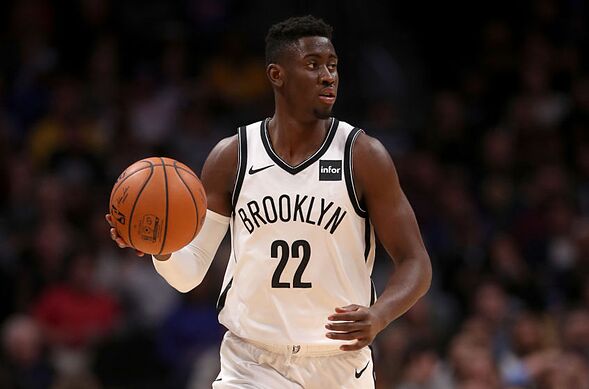 The Brooklyn Nets coughed up a 14-point lead, but made the plays they had to down the stretch for their 3rd straight win, 112-110 over the Denver Nuggets.

The Brooklyn Nets are finally understanding a second basic principle of the NBA and put it to good use in a come-from-behind 112-110 win over the Denver Nuggets at Pepsi Center Friday night.

The first basic principle of the NBA is that everyone makes a run. This was where the Nets, who have had a penchant over the last season or so of getting good-sized leads only to see them disappear on the way to losses, had run into trouble in the past.

Brooklyn, however, is understanding that second principle: Good teams answer those runs with one of their own.

The Nets (6-6) won their third straight game and their second straight on their current four-game Western Conference trip by scoring the final six points of the game after the Nuggets (9-3) had taken a 110-106 lead with a little more than a minute to play.

The loss was Denver’s second in a row after a 9-1 start and was also the first loss at Pepsi Center for the Nuggets this season, where they had been 6-0.

Brooklyn, meanwhile, improved to 3-4 on the road and won for the fourth time in five games since a three-game losing streak Oct. 26-29.

The Nets continued to take better care of the basketball, with just eight turnovers Friday night — their fourth straight game with 10 or fewer turnovers after averaging 16.5 per game through their first eight games.

That is the longest such streak for Brooklyn since Kenny Atkinson became head coach in 2016.

The Nets had four players inactive: Treveon Graham remained out with a strained left hamstring, while rookie Dzanan Musa is on assignment with the Long Island Nets, where both of Brooklyn’s two-way contract players — Theo Pinson and Alan Williams — are currently as well.

With the return of DeMarre Carroll to the rotation Friday, Shabazz Napier took a DNP-CD Friday, as did Kenneth Faried and Rodions Kurucs.

Here are the player grades from the win at Denver.